All articles tagged with "Domination"

Mistress Wael tramples guy for being addicted to jerking off

Mistress Wael did not like how this guy was addicted to jerking off. She felt that he needed to learn to moderate himself and so she used her facesitting fetish to trample and humiliate him. He was shocked at what she did to him but he was scared enough to agree to change as he did not want to go through what she had made him go through until he nearly choked. 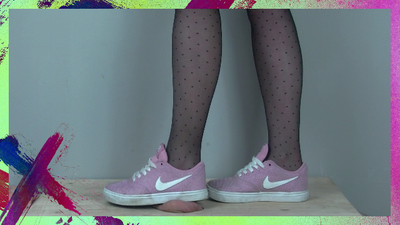 This guy had stolen sensitive info from her office and she wanted to know who he was intending to give it to and she had to find out what he knew and what he had managed to do with it. She had caught him almost immediately so she was sure he had not done much to it and did not understand much of it as yet. But that did not stop her from whipping and torturing the guy to get more info.

Lady Iveta wanted to test this guy's pain threshold and she did it with her boots. She had him lie down while naked and she trampled him all over. She watched out for his reaction and she wanted to find out if he had what it takes too persevere and survive in a hostile environment. She was impressed by his pain threshold and how he generally handled himself under pain.

Mistresses humiliate guy for being gullible

Mistress Nica and mistress Kristin wanted to punish this guy because he was too gullible for them and they did not want to condone any nonsense from him. They did not want to be acquainted with such a gullible person and that is why they spat on him as well as used him as a human ashtray. The humiliation was enough for him and he changed after what they did to him.

This guy messed with the wrong mistress but he only realized it when it was too late. The mistress had the guy kneel down and she made him remove his shirt. Then she tied a leash to his neck and went on to pinch his nipples as painfully as she could before she kicked him in the nuts. The guy never pissed her or anyone else for that matter after that punishment.

Mistress Stephanie wanted to use her pussy to dominate so she waited until she had pussy discharge for her to dominate the loser. The mistress did it cruelly by feeding it to him and as if that was not enough, the mistress covered his nose with it and his mouth was on her ass. He could not breathe properly and had to beg her to let him go. She did after she had farted on him. 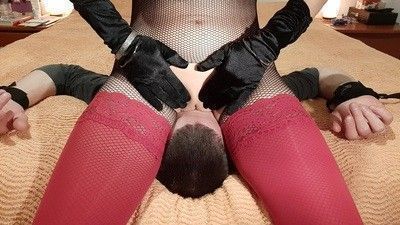 Lady Scarlet wanted to trample this guy for her own fun as she had nothing better to do so she made him place his hands on a stool and she trampled them with her boots. The mistress laughed as the guy begged her for mercy and he tried to get her to stop. He cried but she was not moved at all and she went on punishing him until she felt it was enough.

Madame Marissa realized that this guy was a thief and she hunted him down until she caught him. She knew she had to do something out of this world to make sure he stopped his thieving ways. So she made him place his hands on the ground and she used her car to crush them. It was cruel and painful but it was exactly what he needed in order to change.